So I finally get a chance to talk about what went on almost a few weeks back now, its amazing how long it takes you to get back into the swing to thing after having such a surreal trip of the first year. Ok so the 7th annual OneLoveJam was of course on MLK weekend was extra special, first it was my big 43 day on this earth and second my homie fat joe bka halfpacker man, bka jody mf' temple made his first appearance on Southern California soil. 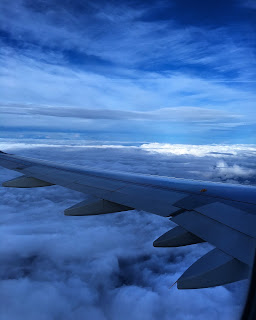 This year I decided to meet the homies down south so I booked a flight with Virgin which I gotta tell ya they are the most modern version of flight I'm down for this airline service. Any way it was on it's 2nd week of rain and my ray of hope was leaving Tuesday as the sky starts to fall, I mean so much that they had to switch pilots because the due was too green to fly out of the bay with the high winds and no coverage, yeah you couldn't even see the planes on the tarmac at one point. I finally made it after a very long 1 hour flight...lol the homie Ahmed came thru and we went to Venice to chill and was taxi over to anther homie place where I would be staying till the Air BNB was open on Friday. Wed morning I put the old girl together and snapped my new half link, luckily there was a shop near by but I wouldn't recommend it to anybody, what shop owner would sell you a link that wasn't the same thickness?? Any way I bought his overpriced non hollow pin half link chain and went down to LBC to meet up with young shredder Bene. The next day was rain, I mean like NorCal rain so I took the Metro up to Hollyhood to meet B Carter, Jody, and the Duke.
Friday was the big pre jam, I was stoked to be there this year, since I missed the last one. Lots of dude rode hard all day long, as the sun set, I headed down to Newport Beach to meet up with the Athens Fam, it's been a min since we all except Dane have been under the same roof. Im afraid Andrew's girl thought the stories he told were alternative facts. 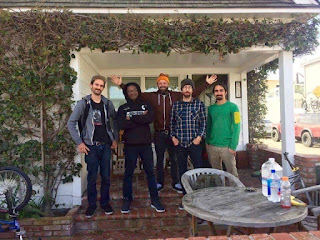 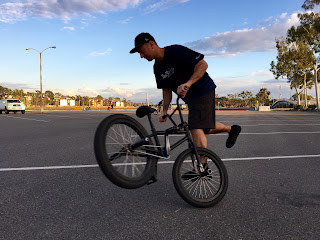 Saturday was the day, OMG so many people where at the spot hella early, which is fine but man once everybody gets there its hard to find a good place to session, but hey its a jam theres no need to be a hermit. I feel like the fakie manny is the new steamroller, or maybe freecoasters are at the peak of perfection, I shall study this more. Then of course the epic fat sack give away, s/o to all the sponsors...I don't think any contest last year stateside even gives as much swag to the contestants and this is just a jam.  Once again THANK YOU sponsors, without you this would not be one of the first big event of the year. And thank you to all the supporters coming out every year!
Well I can tell you more, but heres some pictures and an edit, hope to see y'all next year same bat channel same bat time!
Peace

#OneLoveJam2017 from OneLoveBmx on Vimeo.
Posted by One Love BMX at 5:42 PM No comments:

Shaka Brah! from OneLoveBmx on Vimeo.
Posted by One Love BMX at 12:28 PM 6 comments: 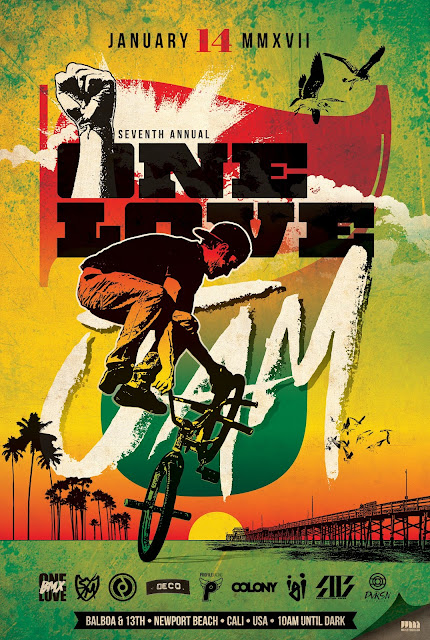 Man it's like I'm on it for a few weeks and then I'm gone, life is strange that way. Anyway this is the last post of 2016. This year has had it's highs and lows but for the most part it is another year in the books, and hopefully 2017 will much brighter.
On that note this is the jam of all jams that makes the new years bright. The 7th Annual OneLoveJam is going down on MLK Weekend, expect to see well you know amazing stuff on bikes and ride the most raddest spot in the world! Make your mark here on FaceBook and we will see you on Sat the 14th!
Peace

My Knee Infection: A Love Story

You know I think I saw and liked the crying knee on Instagram a few days ago. Around the World Ninja Brian Tunney decided to document his journey and his knee of death.
Enjoy

He's so dialed and smooth like butter not no parkay strictly butter baby
Posted by One Love BMX at 8:37 AM 1 comment:

If Dane makes another Same Thing Daily Video he needs to add this lil homie Matthieu to next next roster, at this rate he would have the current Hersey Team on all his volumes.
These dudes never disappoint, editing dope, music is not my styles but i get down to OST for your crew and keeping the theme tight, riding always unbelievable. I'm amazed how these dudes have the hardest tricks in flat and able to ride contest arenas and still drop bombs. All right I'm gonna stop talking and check out 3/5.
Peace

Ok WTF I woke up with a hyper extended shoulder and don't know what happen other than the fact I'm getting old. Well yesterday was a pretty good session, learned a new technique and got a good pedal to the shin...such a good day. Even though winter is here in NorCal.
Peace 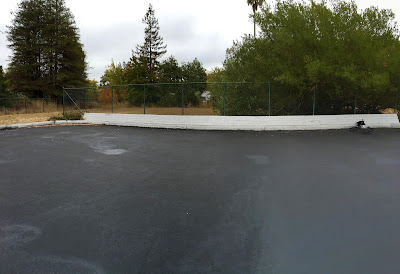 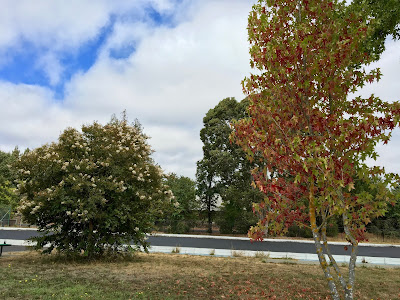 It's All Ready Fall

Well we didn't get much of a summer in my opinion which I am fine with since I spend most of my free time on a black top, but then I got lost in thought and remembered I haven't been to the Clocktower at all this summer, I guess with Pete always touring there isn't a need to go down to the south bay. I'm going to make it a point to get down there maybe this weekend, depending if I can hit this combo this week.
Any way as I troll my way through Facebook and Instagram, I had another window open on the Vimeo page looking for some Video of the Day type shit and my prayers were answered, Bloodlines is Pete Brandts latest edit at the infamous ClockTower, I wonder if he made the OST? Well grab a joint and coffee and let the homie show you how to ride a bmx in the most busiest area of SF.
Peace

Pete Brandt Bloodlines 2016 from brandt on Vimeo.
Posted by One Love BMX at 8:39 AM No comments: