Twilight is going down today! 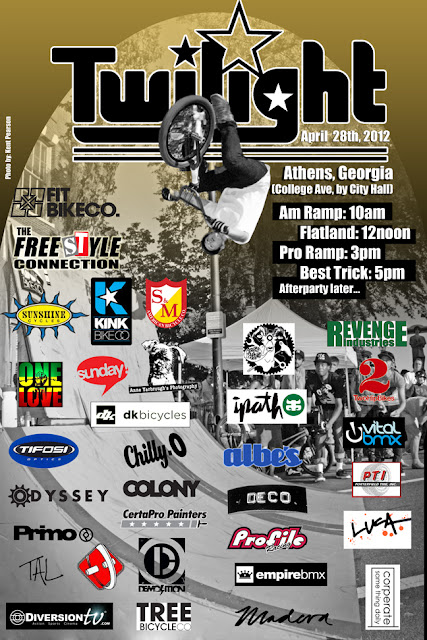 Here it is.  Our entry to Posse Up video contest.  The original plan was to capture all of the bay area riders, but with little money and the wine tours starting up, I decided to use the footage that I had since the deadline is less than 6 days away.

The hardest part of this edit was the soundtrack.  After 6 songs on the timeline, I went back to an old folder and found this gem. "Bust yo Shit" calls out all the people who hide behind there screens.  Sometimes I wonder what flatland would be without the internet, but then there wouldn't be any rad contest like this one.

This was really fun to put together, unlike SoCal, we had a few showers that slowed down the filming process, but other than that, filming the homie was great!  The concept of the contest is dope, you get the chance to see other people who enjoy this sport as much as you do, and enjoying it with there homies too.  I hope to see more entires in the next few day. Peace!