Man I don't even know were to start this one.  I met Jon around 2001 at the first CFB, he had a flyer he was passing out about a party at the Easy St. house in Athens Ga.  A year later I went out on my first BMX tour...solo, my goal was to hit every contest that year, and man that was a lot back then, anyway the last stop of my tour was York Pa.  This also happens to be the second time I ran into Jon.  Jon had drove a van full of trifling m'fer's to this event from Athens.  He told me there was a place to stay, and I should check it out.  The rest is history.

I'm stoked to have Jon as a very good friend.  And I'm glad that this super rad guy is still doing his thing.  So enough of this stuff lets get to know Jonathan Luc Dowker aka tha Duke!


DW - How many canadians know about "grits"?
JD - Maybe 7? Just a guess :)
DW -  Twilight has been going on for quite sometime, how long has this event been going down, any stand outs?
JD - 9 years now! No sleep, building ramps, half ass flatland area, drunk girls, corrupted children, upset parents, inebriated Scottsmen, a hell of a hang over! Every year is always a blur LOL. Always a blast! Even when its rained out! LOL
DW -  What kind of beer would you switch to if PBR would go out of business?
JD - That's a terrible thought! Hmmmm? Just shoot me.
DW - What goes down when the show season slows down for you? Any hobbies?
JD - Always seem to be working on someone car? I'm supposed to be retired!
DW -  You and Anne been together for a hot minute.  When and where will the wedding go down?
JD - I'm holding out on this one. Too cheap to buy a ring :D
DW -  Describe the riding scene in Athens Ga?
JD - Geez Darin. Tough question?  Sweaty, dedicated, hazy, slack, drunk, hung over, repeat, awesome! :)
DW - VW or Honda?
JD - That's a tough one. VW is cooler but Honda will more likely get you there ;)
DW -  Brakes or no brakes?
JD - Suit yourself. I like em :)
DW - Shout outs?
JD - Jason Smith, Marco Morini back in the Great White North. Bobby Carter and Josh Evans back in Michigan, Shawn Burnham, Graeme Burke and Bobby Fisher in Knoxville TN. Jody Temple, Dane Beardsley, Darin Wright, Shayne K, Roman Wislon, Halifax Dave, Andrew Wikham, Kent Pearson, Jarred Sutton, Kyle Kelsey, Rob Christianson, Russell Summerville, Jon Bast, Ryan Davis, Bob Walters, Justin Felco, Andy Cooper are just a few off the top of my head. There are so many good peeps out there that I love. Just keep it wheel guys. I have the best friends anyone could ask for :) Better not forget about Anne Yarbrough :) She keeps me straight somehow? HAha
DW -  Shameless promo?
JD - TheFreestyleConnection Check it out! Were awesome :D 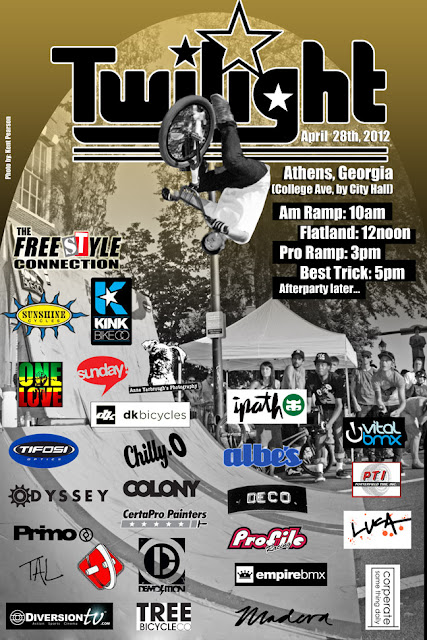