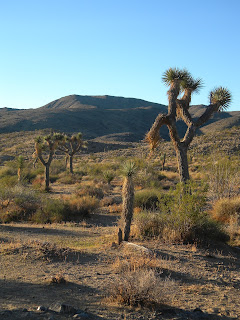 With the rain season on the way,  I was looking forward to heading down south to LA. The 40 years of bmx was going down, and a mini jam/session at Studio City. But first to the Joshua Tree National Park. It was time to meet the lizard king.

It takes about 12 hours to get to the park. So our first stop Long Beach. Driving in to LA can be a pain, but Jah was with us on the trip. No traffic at all, which is a surprise. First stop, LBC 420 Evaluations. S Kahj. need to renew his Prop 215. I also went in to also receive my Prop 215. Fairly easy, and inexpensive. Now that I am legal, I can also start to sample the finest sweetest cheba that California has to offer.  Second stop, Tip Plus. I peeped out some fresh new Lotek's at Interbike, so I was ready to grab a pair. Eric told me they will not be ready until February. So I got myself a pair of comets.  Thanks also Eric for all your help also. Third stop, Neighborhood BMX. Chad's shop is going to be the shit. Complete bikes, parts, and clothing. After a blessing in the shop, we stopped in to this Thai restaurant. You could run a Volvo bio-style from this place. Irie-z was kind enough to put us up for the night. Yo check out his 420 styles soon. Lot's of love in the LBC.
We woke up in the early morning and hit the highway for Joshua Tree. S. Kahj went to the welcome center to find out that it was free to enter, Vet Day I think. We drove for about an hour, parked, and began to hike into the desert. Following a dry river bed, we found a place to camp. After setting up the camp site, it was time to take a mystic journey. After wondering along the side of the ridge, we headed back to the site. Then S. Kahj pointed up to the mountains, and said the weed guy was on the other ridge. Half way there we sat among weed guy's ho's, and blew smoke clouds with them. We made it to weed guy's place on the ridge, and notice a trail leading around the mountain. After a while we found the trail and proceeded to the top. We realized that the trail we saw looped around to the highest point on the mountain. Looking around and you see nothing for miles. The sun set so fast that next thing you know its dark. Now that I think about it, it got so cold I was in my sleeping bag by 6pm. Up at sunrise and off to the car to head back to LA.

We had some time to kill before we met up with B. Carter so we stopped in at the Liberty Bell II Temple. After some pray and sacrament, we headed to Studio City to ride with B. Carter. B.Carter had to jet early to pick up his guest, so we packed up and headed back to the Temple. Sun,Mon,Wed, and Fri between 4:20-5:20pm free edibles and a bowl on the house. After more sacrament was burned, we left to catch up with B. Carter and his guest Taku.

The next morning I got a call from Dane B. He's flying in later that night. Today is the Studio City session. We had LBC in the house Irie-z, Ed N. Different styles are very present in Cali. Joey spinning, B Carter mixing up front and back wheel,Irie-z g-turn noes manuals, Ahmed and Taku back wheel killing it. Cali has the sickest styles. After a awesome session, the group headed to Paquito Mas for dinner. We headed back to the Diversion Lab. Dane B. called and said he was on his way. Once Dane made it to the Lab, some shit talking was in order, then off to sleep.

Sunday, we got up, and hit the corner donut shop, then off to meet Joey at Studio City. We picked up Joey and headed to 40 years of BMX. Lalo had set up an am contest during the event. We could stay for the whole event but i hear Joey spun his way to the top. Congratulation Joey. After saying our good bye's we packed up and headed back north.

Awesome weekend in Socal. Thanks Eric@Tip Plus, Irie-Z, Chad J, B. Carter, and to LBC 420 Evaluation.